Your Experts In Corvette Repair

Eagle County Corvettes can do anything from full collision/paint work to a complete engine rebuild. No job is to big or small. We handle anything from oil changes to mechanical and electrical repairs. We maintain a clean, updated facility so your corvette receives the highest quality craftsmanship. 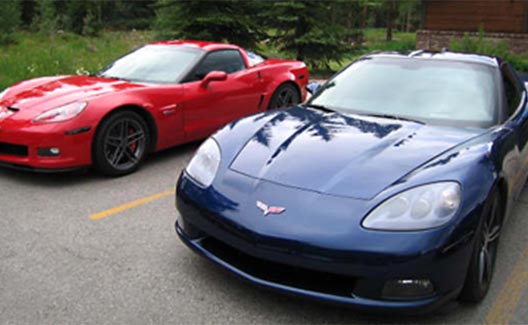 ECC has all diagnostic equipment and trained staff to handle your needs and repairs:

"I had a very unfortunate situation that occurred when I tried to remove a clear bra from my Superformance Cobra. When I pulled off the clear bra, the paint came off with it. I was devastated. I was told by the best car restorer in Denver that the paint could not be blended to match the remaining color and that the whole front of the car had to be painted. I had Rich at Eagle County Corvette do some chip repair in the past on this car and decided to get his opinion on the paint repair job. We went through many options of how to address this paint problem from changing the color of the front end, to putting stripes on the front, to cover where the paint line would occur. Rich told me he thought he could blend it. I decided to give him a chance to blend it. He did a fabulous job. I am a perfectionist when it comes to this car. I would challenge any car guy to tell me where this repair is on my car. It looks like new. I was totally amazed because I didn't think it was possible, but he did it. I would put Rich and his team up against anybody. They are the best."
-Don Welch